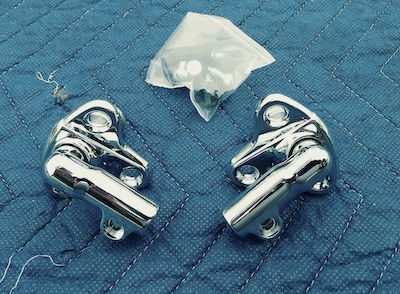 here were more variations of sun visor mounting brackets used in the 1962 – 79 Nova than people realize. Like so many other parts on these cars there were design changes through the years. Changes which often are nuanced and appear in unexpected places. The main production period that can trip the restorer up is with first gens (1962 – 65), with four different visor brackets employed by GM. From 1966 on things get generally straightforward, but there are some things to look out for. We will break out the various Chevy II sun visor brackets here roughly by generation.

The non-convertible bracket is the same across all body styles FOR THE GIVEN MODEL YEAR. The catch here is year, not body style. 1962 – 64 brackets look the same, but they are not. There were two differently sized mounting screws used, which leads to there being two distinct brackets (and threaded holes in the underside of the car’s roof). 1962 – 63 used a #12–11 x 5/8” screw with 1964 using a #8–18 x 3/4”. Note the lengths of these screws are different as well. Sometime in the late 1960s the ‘64 bracket superseded the earlier one. Moral of the story, the brackets will interchange, the screws are different.

Interchange: These brackets fit certain model 1961 - 64 Corvairs and possibly some of the smaller B.O.P. cars (i.e. early ‘60s Tempest, F85, etc.). That appears to be it. The period full size one looks similar, but it does not interchange.

Availability: A decent reproduction has been on the market for a handful of years, we sell a lot of them. NOS are quite rare as can be clean, not badly pitted or cracked, used ones. 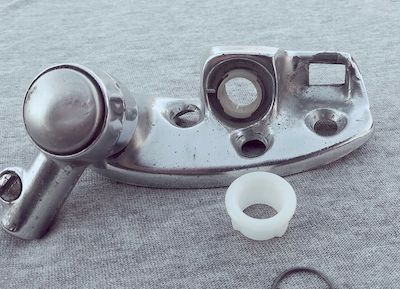 Interchange: Some of the smaller B.O.P. convertibles (i.e. early ‘60s Tempest, F85, etc.) use this bracket. The period full size brackets look basically identical, however they are not the same and carry different GM part numbers. The full size ones can be used in their place, though they do sometimes require modifications to fit—grinding down of the bottom of the bracket to sit flush when installed (we have personally encountered this).

Availability: They are currently (2021) not “officially” reproduced. The period full size ones can be used in their place, and are sometimes advertised as being the same as Nova by online vendors. 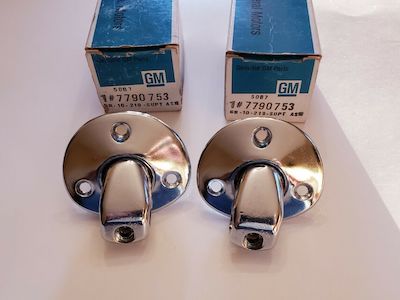 What about 1965? Instead of using the ‘64 bracket as many assume (and would be logical), 1965 uses the Chevelle visor bracket, a.k.a the common oval bracket most people are familiar with. It debuted in the Chevy II for the 1965 model year, not 1966 as commonly asserted. The mounting hardware and sun visor cards themselves are different as well. Use of this bracket continued into 3rd gen production.

Availability: There are numerous reproductions on the market that vary in quality. No USA made ones that we are aware of. NOS is not hard to find nor is decent used (they do not seem to break like the early ones).

There is only one bracket used in this period, regardless of body style, and it is the one carried over from 1965.

This is the same chrome oval visor bracket used on the Nova in the 1965 – 67 period. There is however a design change of some sort in 1968, which leads to an official supersede in March of that year. Whatever the change was it necessitated a new GM part number. Though these two brackets basically look the same, they can be broken out as 1st design 1965 – 68 and 2nd design 1969 – 73 (the latter then supersedes in the ‘70s and covers 1965 – 73). This supersede would likely only be of importance to someone performing a very high-end restoration with an eye towards judging. Again, we are not sure what the actual change was that occurred here.

Availability: See 1965 above. The repops are sold as fitting 1965 – 73 Nova (and sometimes ‘74). We are not sure which version of the original bracket the repops are patterned after. Could vary with brand.

1974 and On Sun Visor Bracket Repop

In 1974 a chrome triangle-shaped sun visor bracket with integrated rod was employed in the Nova. It was borrowed from the Camaro. There is confusion in the GM books as to if there was a painted version of this bracket for the GM X Bodies. Both a Chevy and Buick parts book in the later ‘70s list it with the note — “paint to match”. We do not recall ever seeing painted ones, but something like this would not be out of the ordinary, having been done with various trim and hardware pieces on earlier low-end models like the 100 series. And yes, the book is implying the installer paints over the chrome. That also is not a surprise.

Availability: The chrome version is reproduced and readily available. The painted version as far as we know is not. Good used are prevalent, with NOS not terribly hard to find on places like eBay.

What sun visor bracket was used in this year is a bit of a grey area. Numerous parts books do not list 1979 at all, instead ending the visor bracket application in 1978. Others call out 1979 as a unique one year bracket (GM #9689897) that only fits X Bodies. Digging deeper into this part number we find it listed in early ‘70s parts books as a 1970 – 74 Camaro bracket. One that was superseded to the common F-Body visor bracket (GM #20057366) in 1974. This of course is the bracket listed for the 1974 – 78 Nova we just covered in the section above! Confused? This is typical GM nonsense, a previously superseded bracket being used years later in place of the currently available part it was superseded by. 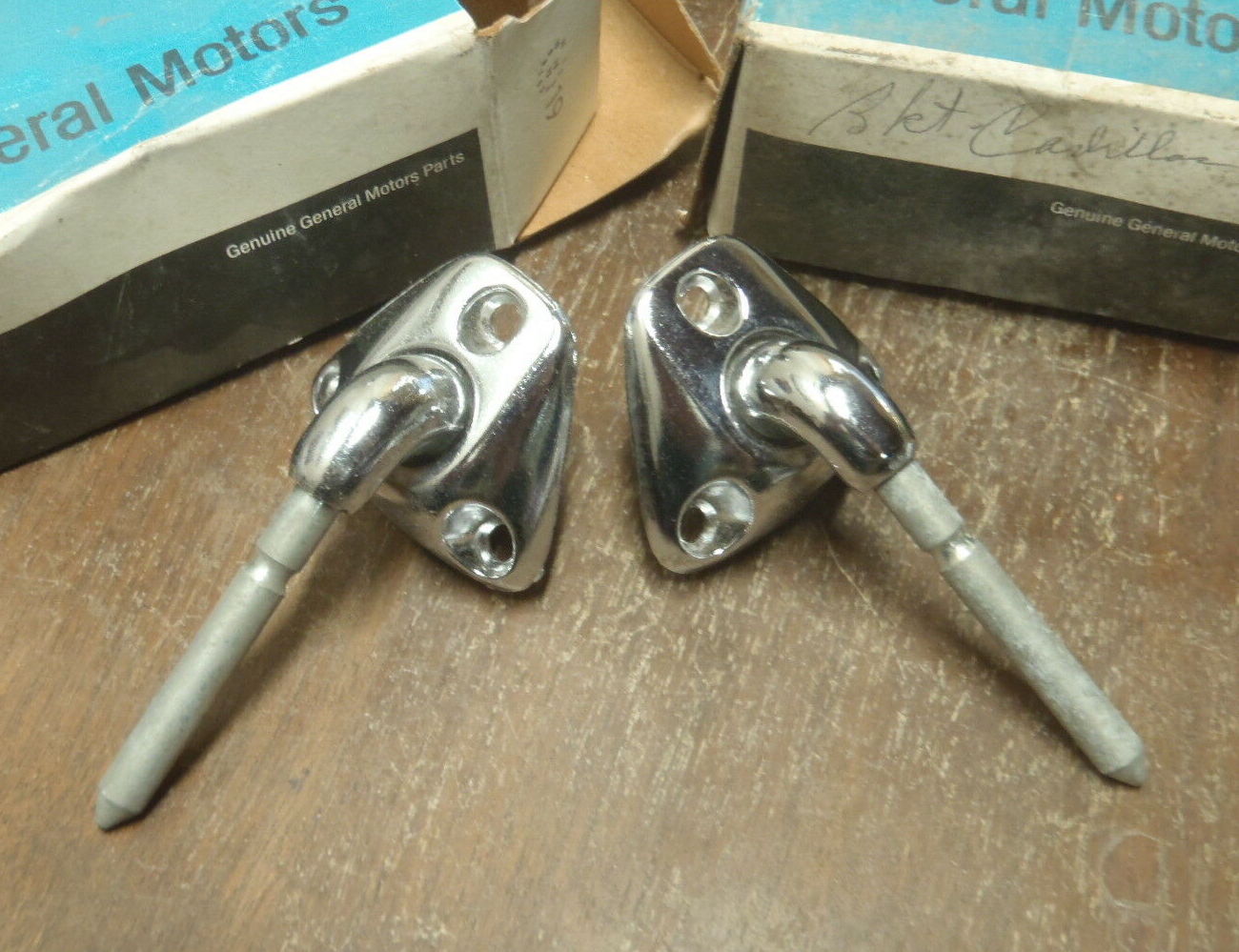 We normally do not go into the front wheel drive Novas, but in this case a note is warranted. Pictures we have seen of the 1980 and later sun visor bracket show it to be quite similar to the 1974 – 79 chrome bracket. No idea if it interchanged, we imagine not, but something to be wary of when shopping on eBay or swap meets. Here is a rough pic of some NOS ones we came across.